Argentina’s curve (not flattening yet due to new case increases last two days): 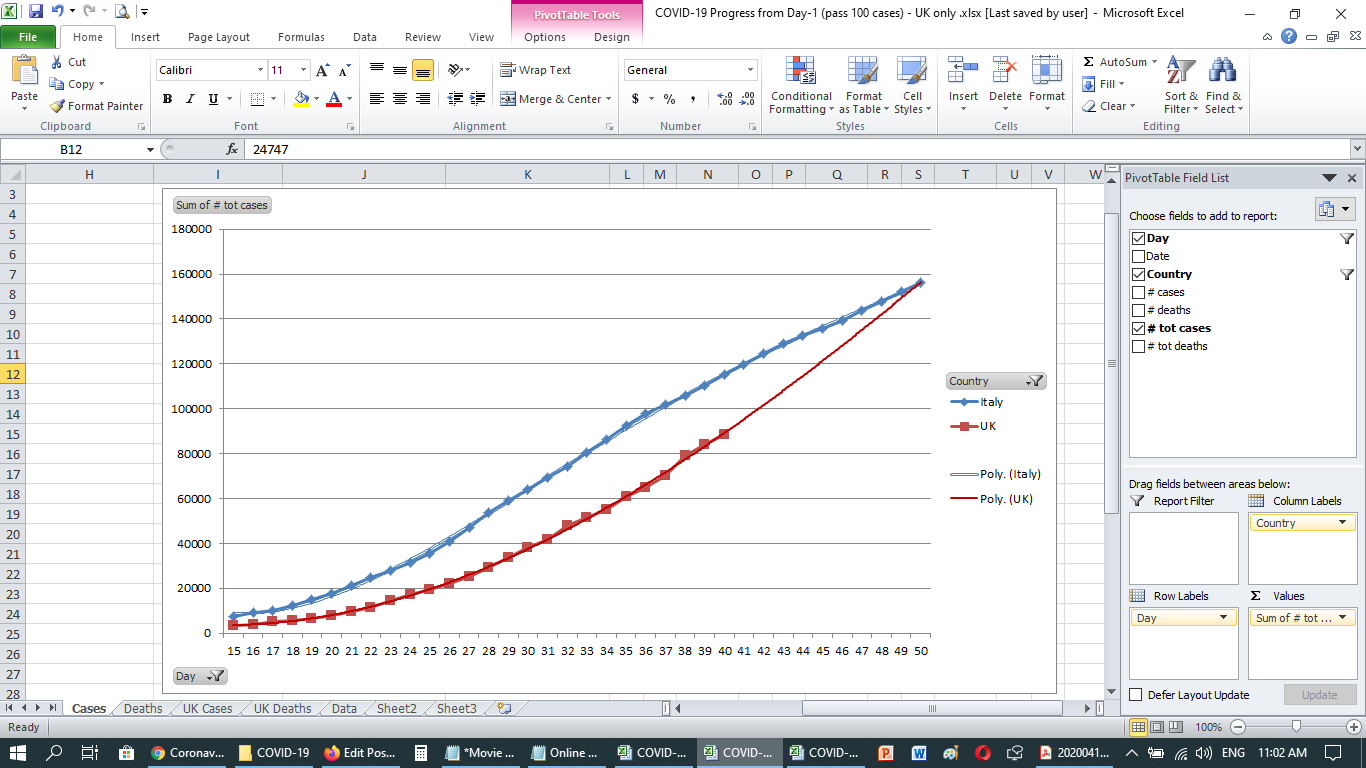 UK’s curve (not flattening yet) but new caes decreasing:

No signs yet of the curve flattening for the USA, however the new cases are decreasing slightly day after day: 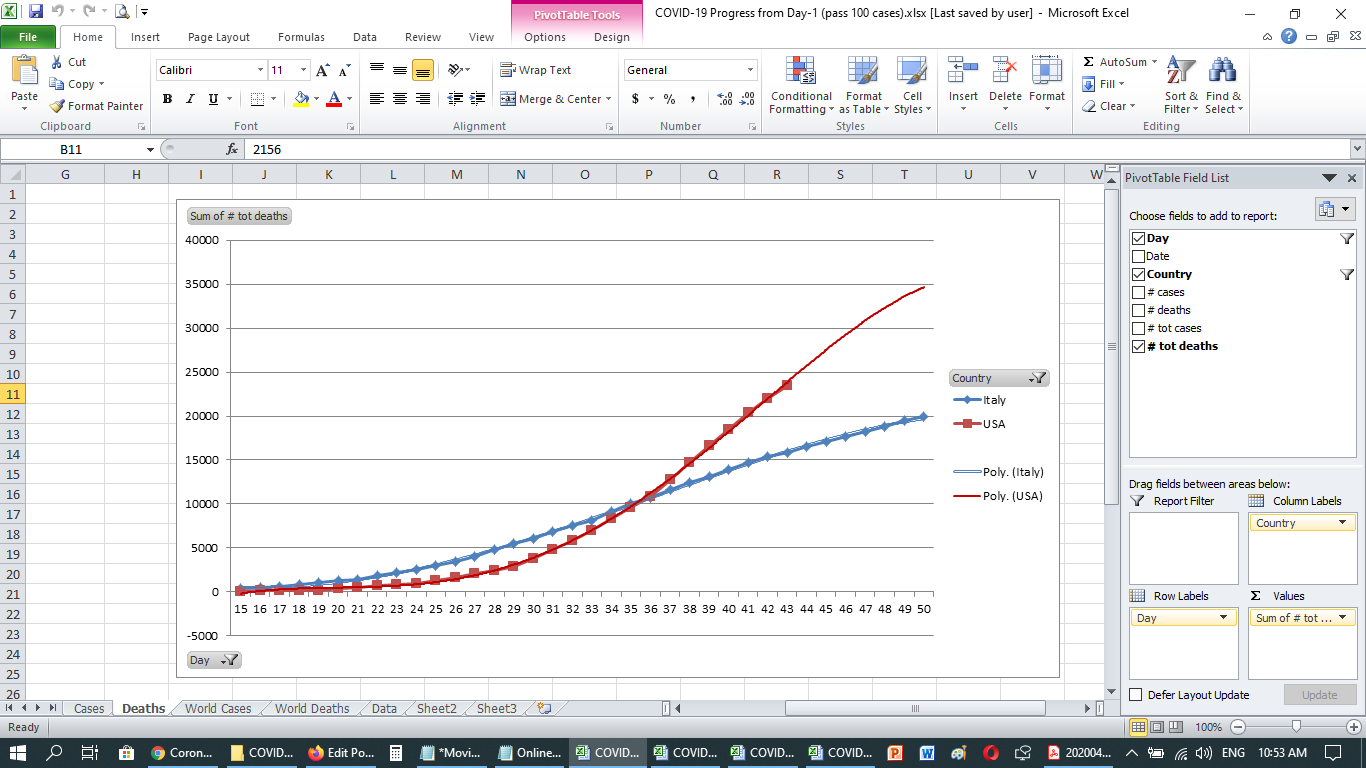