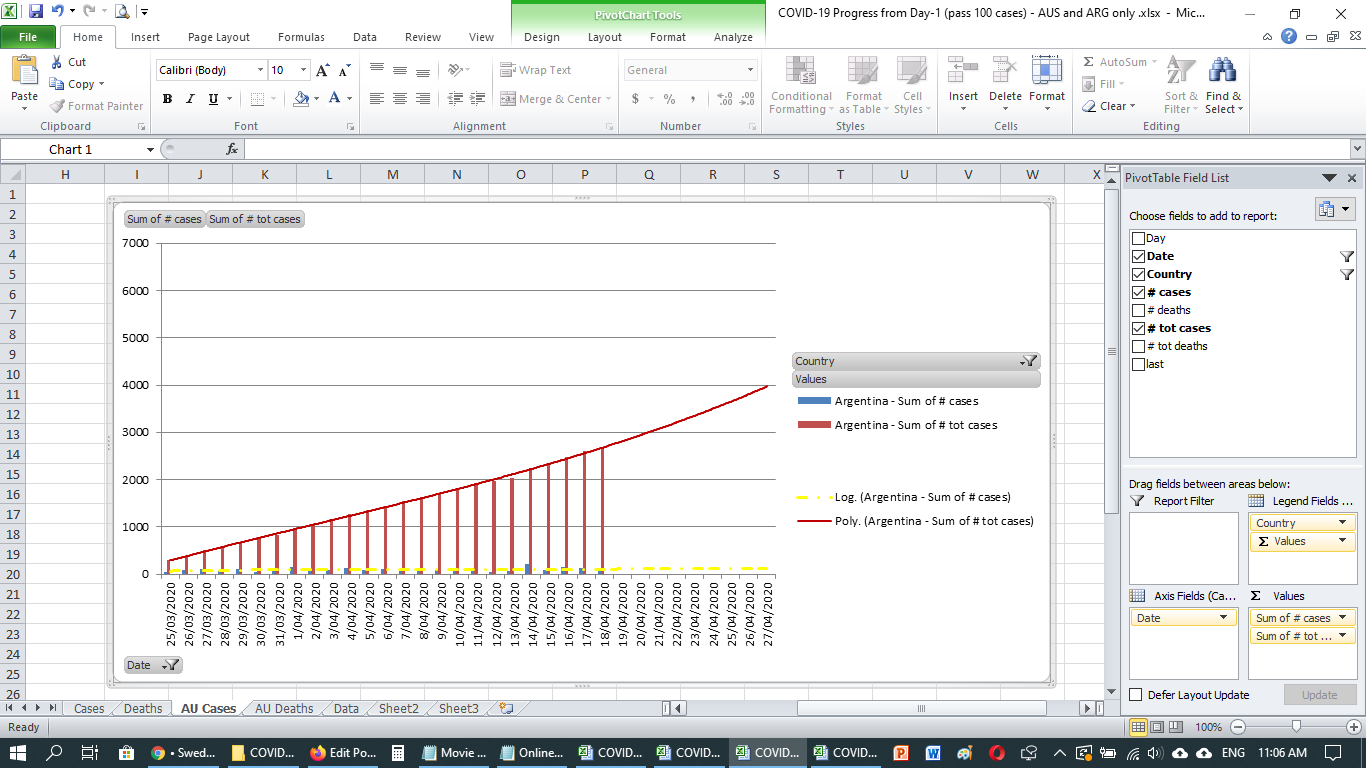 Both countries have been fighting COVID-19 for a while (Germany 6 days more than Sweden). Germany has implemented a heavy testing protocols, lock-downs and quarantine, etc; while Sweden has gone for “herd immunity” and has very limited lock-downs (only high risks individuals).

Number of deaths continues to grown for both countries, but the Swedish curve is climbing right up and, at current trend, in one week it could pass the number of deaths of Germany in the same day (e.g.  day “53” for Sweden will be 27th Apr, and Sweden could have more than 8,000 deaths; while Germany would be under 7,000 deaths)

Sweden and Germany have had similar caseloads per 10,000 people from start and day-by-day. Meaning the difference of approach has not caused differences to COVID=19 spread.

However, number of deaths is where the difference is between the approaches. At current trend, Sweden could have four times (4x) the number of deaths per 10,000 people than Germany.  This could mean that Sweden death toll from COVID-19 could exceed of 15,000 people by 1st June; for a country with only 10 million to lose 15,000 people is significant … it represents 1% of the total population of their capital Stockholm.


Best and Worst Performers as of Today 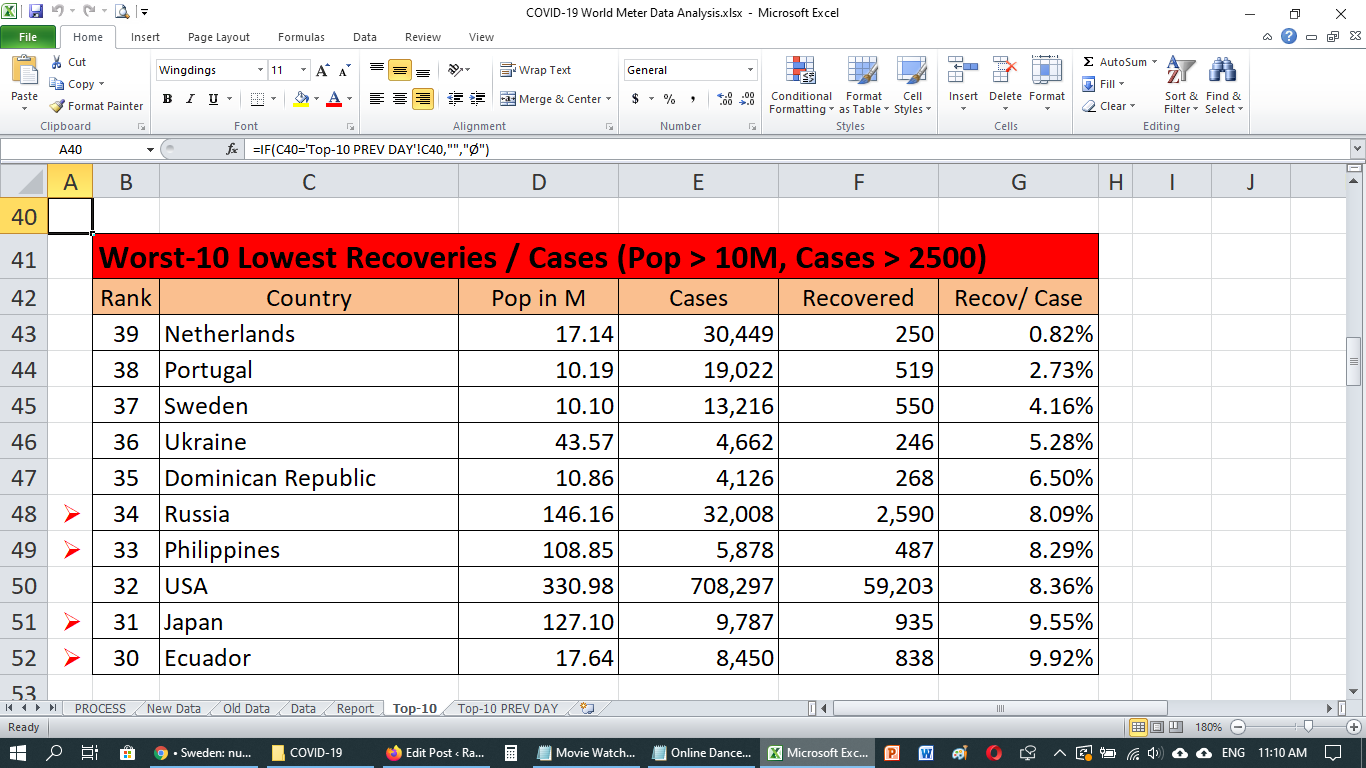