The European Centre for Disease Prevention and Control publishes a data export daily with the COVID-19 case and death numbers for all countries and territories in spreadsheet format, which allowed me to easily create these reports now. The link to these extracts can be found at the bottom of this web page.

The idea is to compare countries COVID-19 journey from their day “1” (when they passed the 100 case mark), but instead of using number of cases and number of deaths, to use their relative number to the countries 1 million population (1M). The more population, the more a country is expossed to the spread of the virus, and the more important it is for the whole workd that spread is controlled well.

I did not expect the results I got form this report at all, it was a total surprise to me and I have been following the COVID-19 crisis through this data from the start. I think this reports provide for some very interesting reflection about the way the crisis is handled worldwide.

Argentina vs. Australia vs. China

When looking at number of cases per 1M people, Australia caseload grew higher than Argentina and China day after day; it’s great that we have controlled the spread in Australia 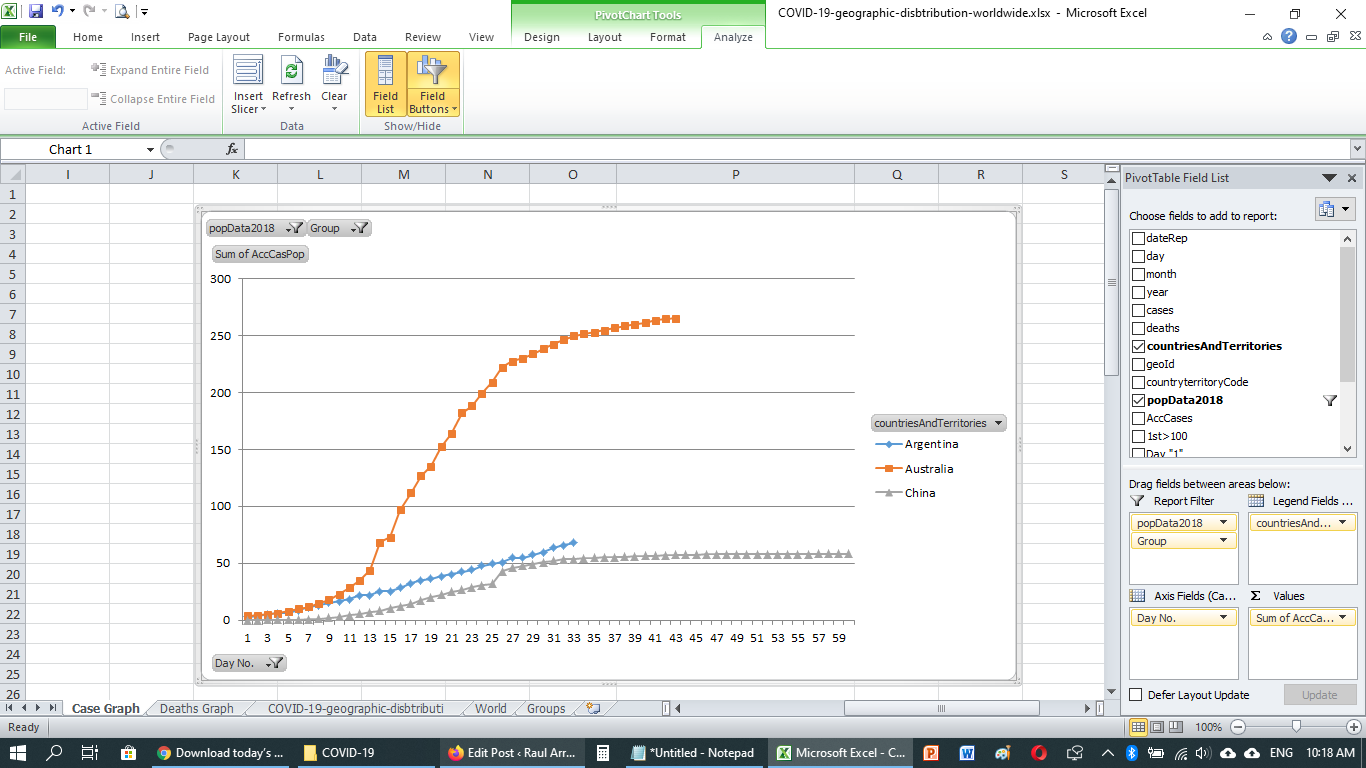 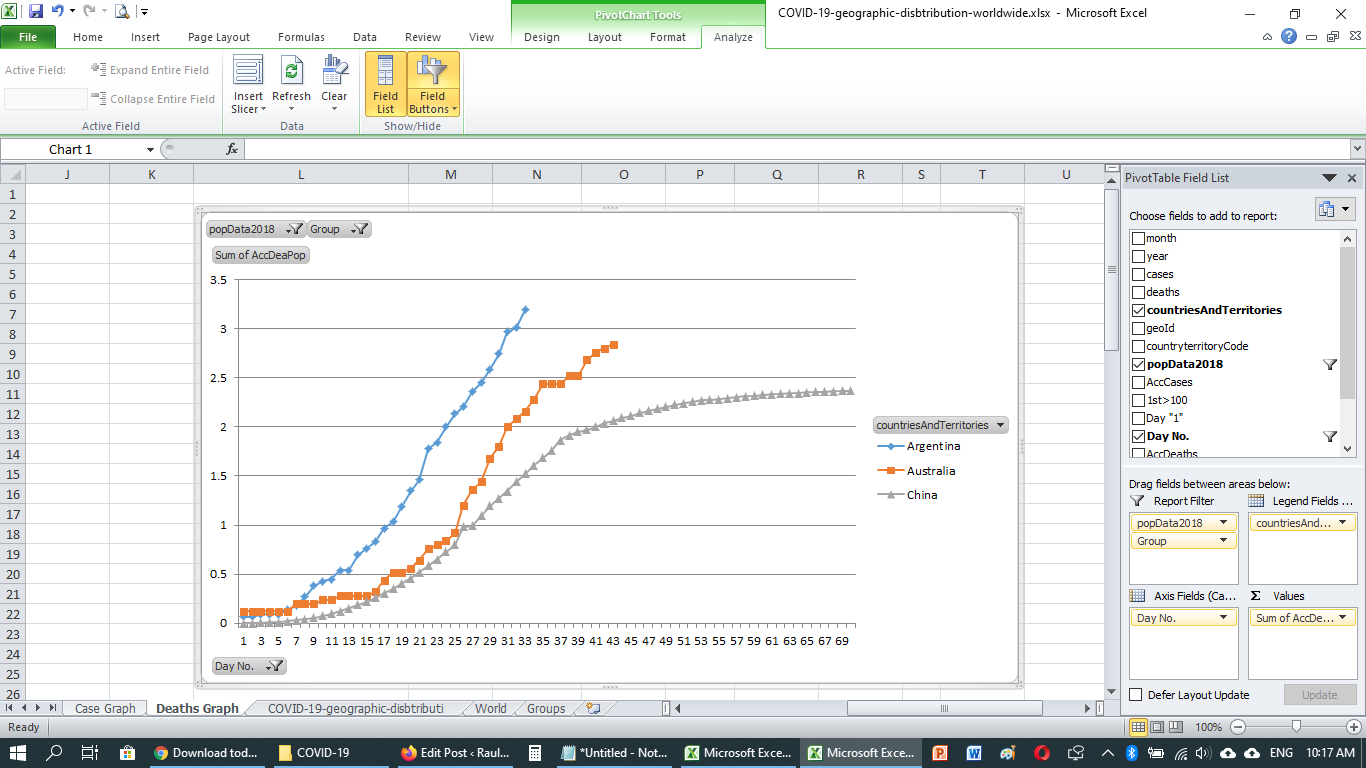 USA vs. UK vs. China

Number of cases per 1M people for USA and UK have followed very similar trajectories, they are still climbing up and the USA is increasing further.

Number of deaths by 1M people for UK is far higher than for the USA (about 2x). 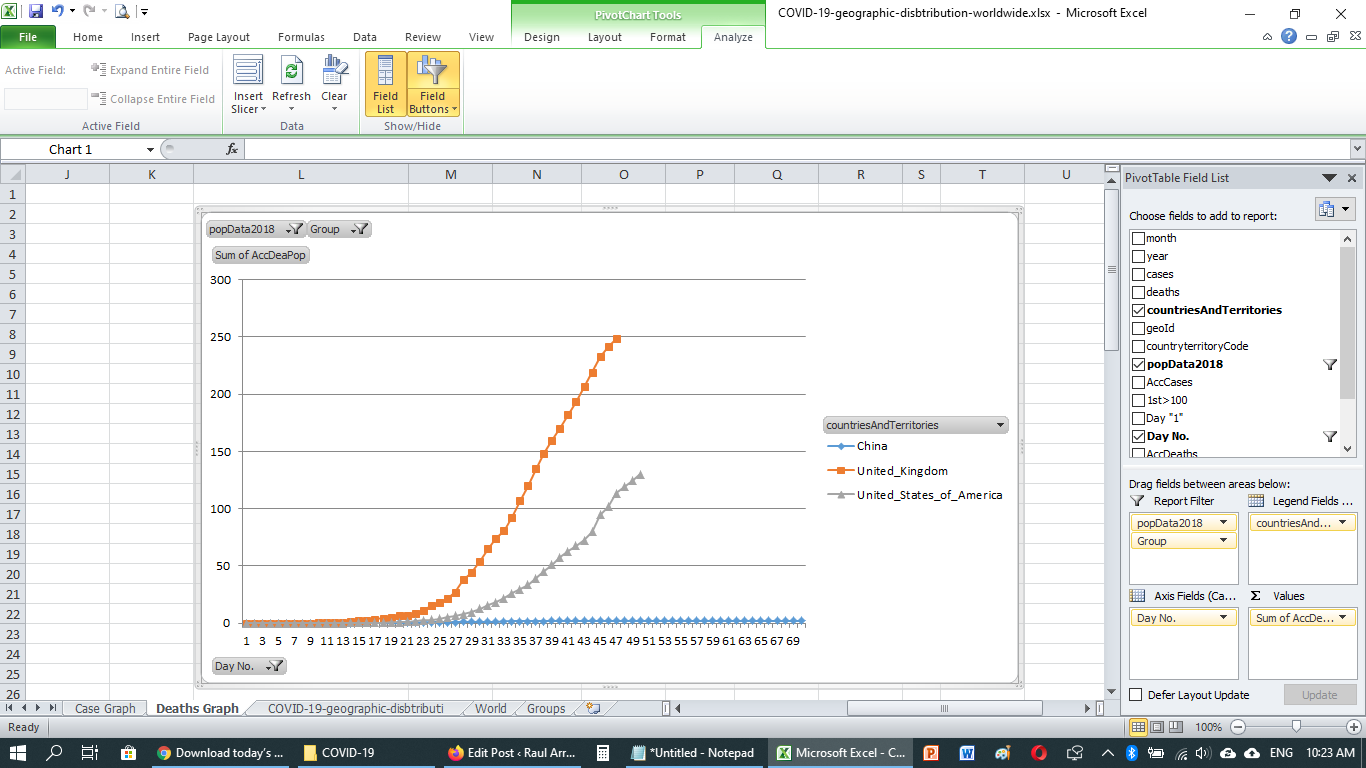 France vs. Italy vs. Spain vs. China

Spain is almost twice the number of cases per 1M people than Italy, while Italy is 50% more than France.

Spain is also about 25% higher than Italy in number of deaths by 1M population, while France is near Italy’s trajectory. 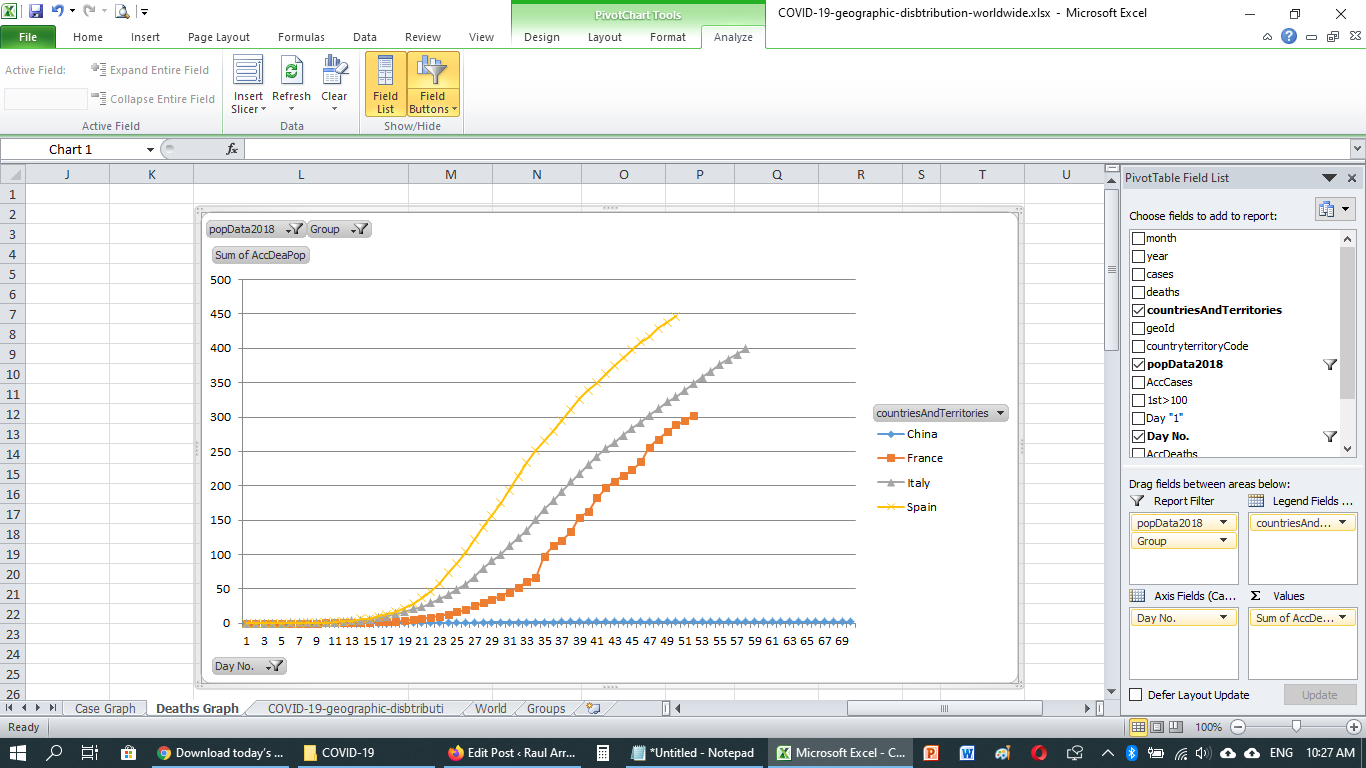 Germany vs. Sweden vs. China

Germany and Sweden had similar trajectories when considering number of cases per 1M people.

However, Sweden has more about 4x the number of deaths per 1M people than Germany; and Sweden’s trend is climbing up while Germany seems to ge starting to flatten.

Spain is the highest, but closely followed by Belgium, then Italy and then USA

Belgium has the highest number of deaths, followed by Spain, then Italy and then France and Netherlands.

Chile has the highest number of cases, and it is in an upwards trajectory; Russia is the same. While all other countries’ curves seem to be flattening already.

Again, Chile has the highest deaths, more than twice of any other country in this list. Similiarly as in the cases chart above, Chile and Russia’s trajectories are climbing right up while other countries seem to be flattening the curve. 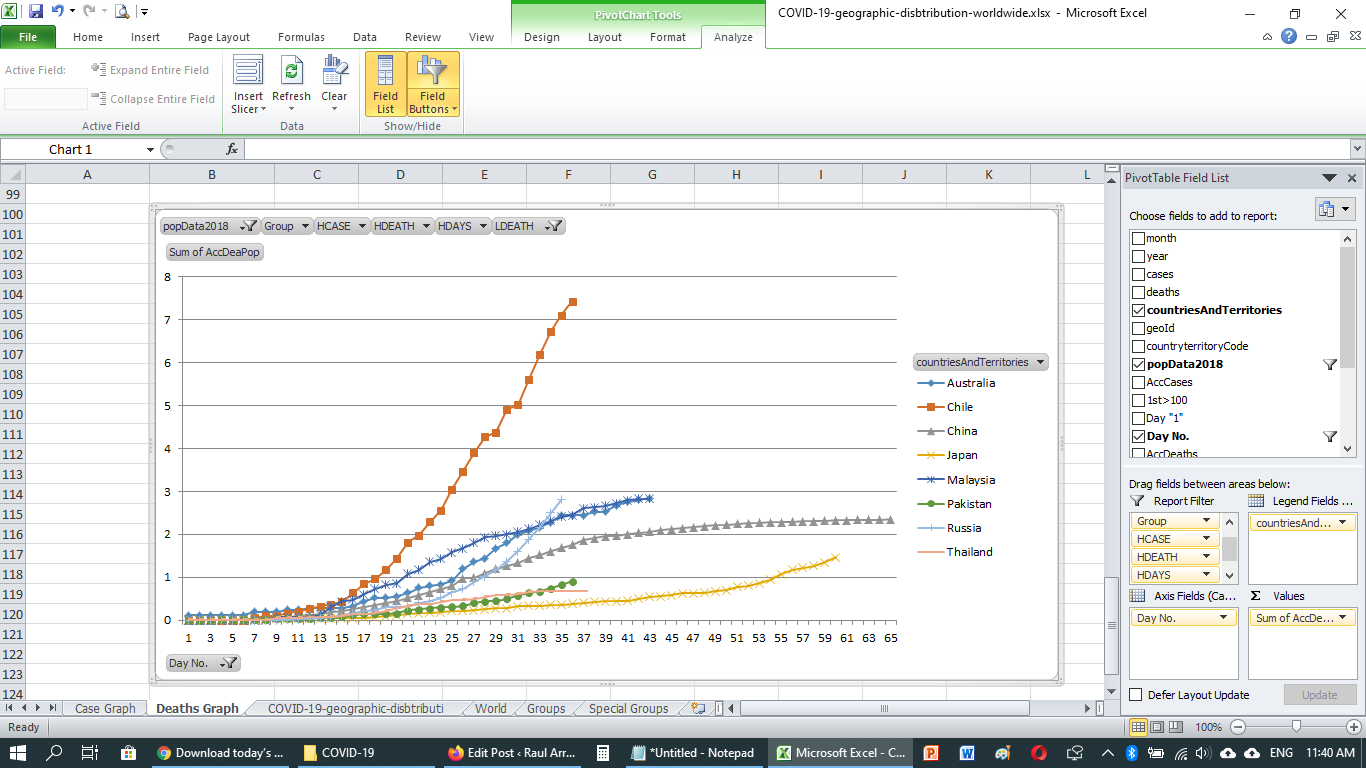 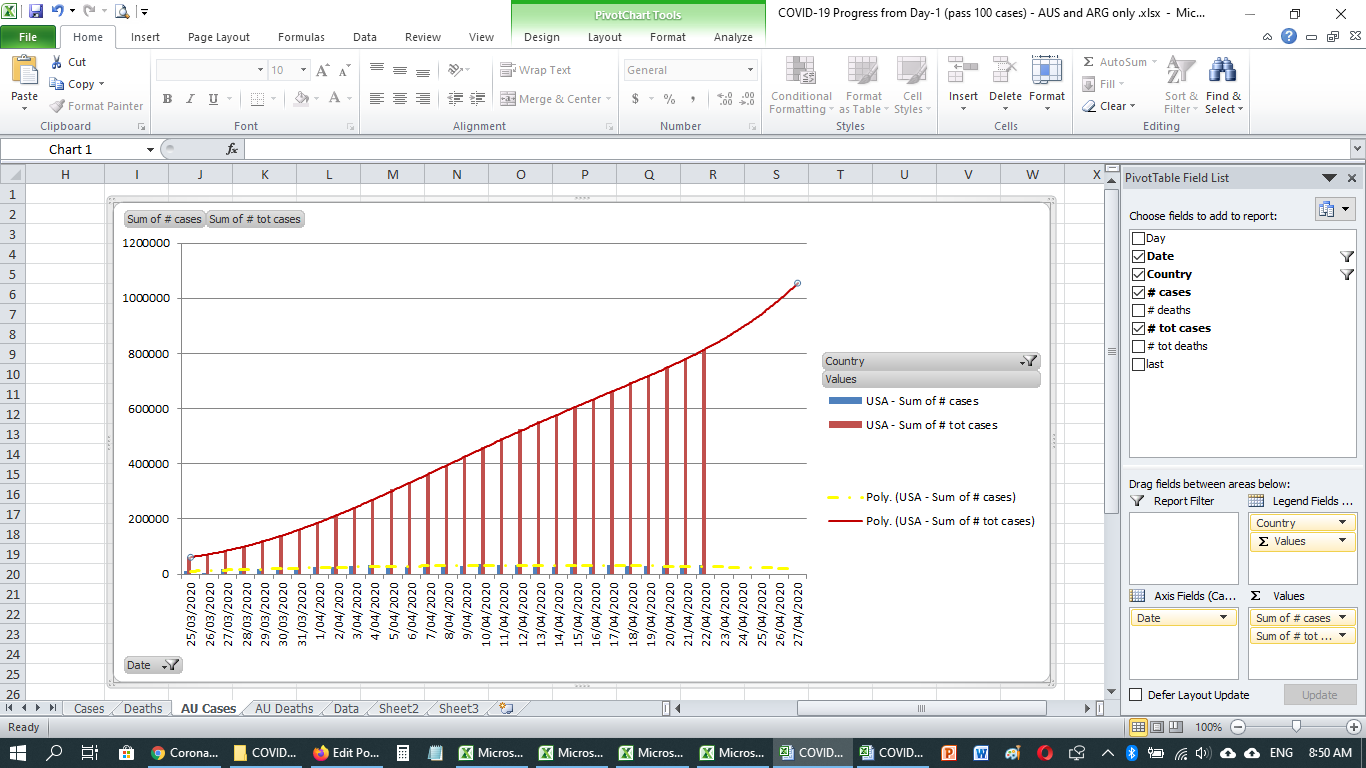 New cases are starting to reduce day by day in both countries. Germany’s new cases are reducing faster than Sweden’s:

Number of deaths continues to grown for both countries: 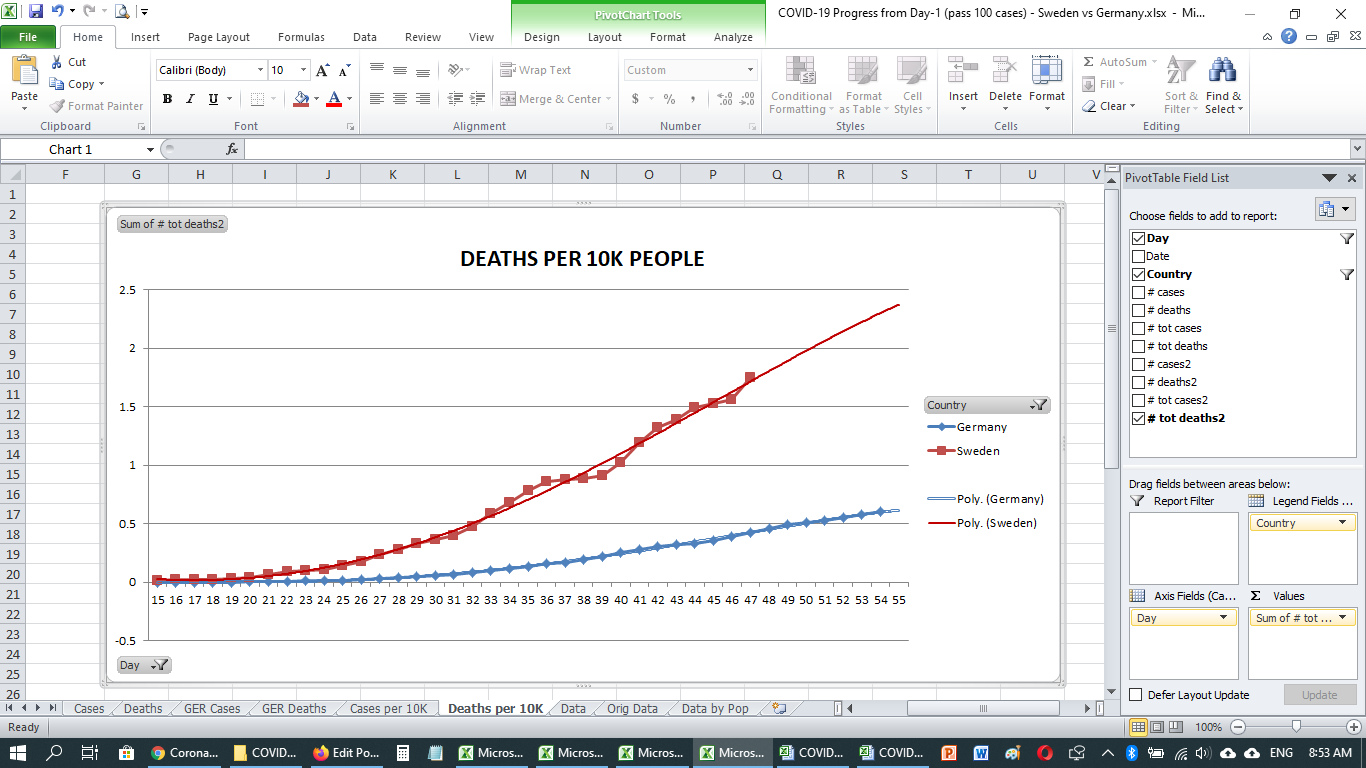 Number of deaths for Sweden is already higher than that of Germany per 10,000 people; and trend is projecting that by day “55” (30th Apr) Sweden would have little under 4x the mortality rate than Germany (small reduction from  yesterday’s projection which was 5x) 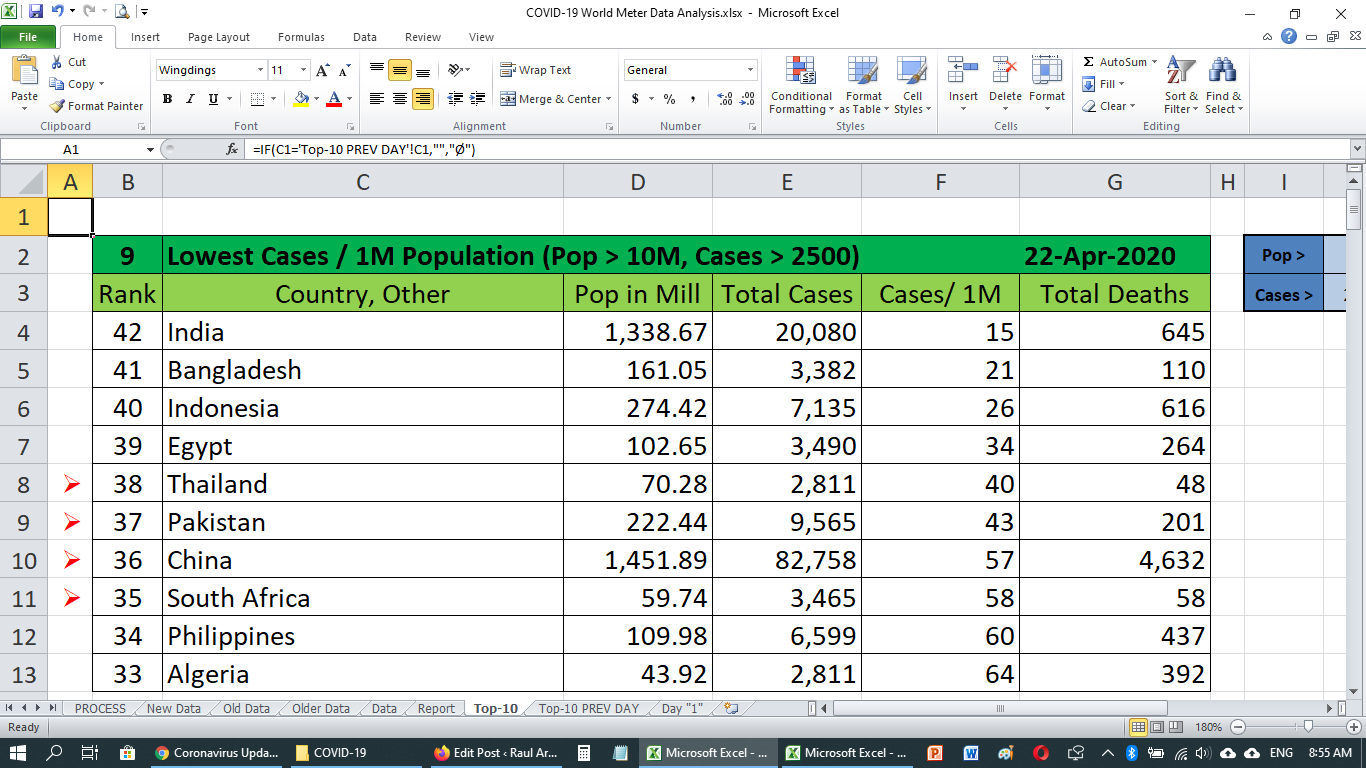 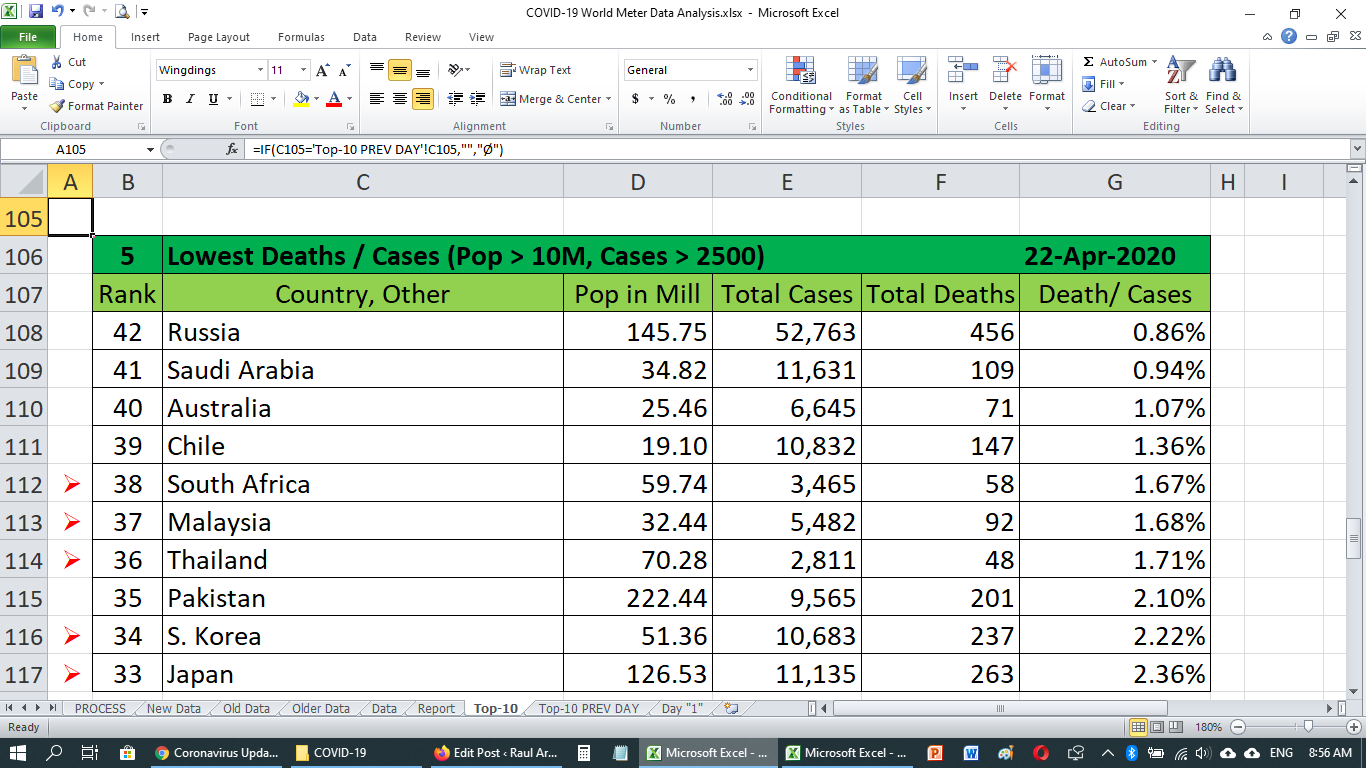