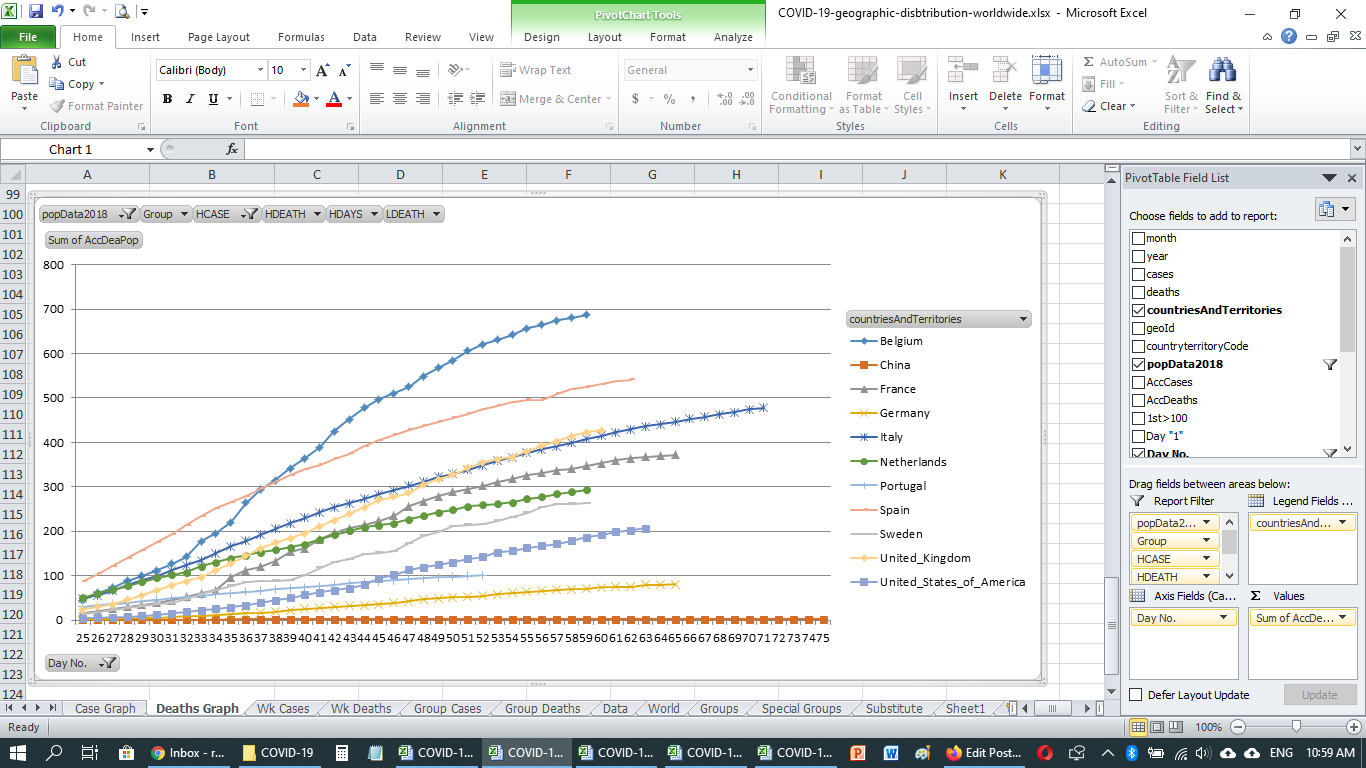 The threshold for countries to be included in these ranking reports was updated to reduce the number of countries considered, and still capture more 80% of the world population. Minimum population was increased to 10 million; and minimum number of cases to 4,500. 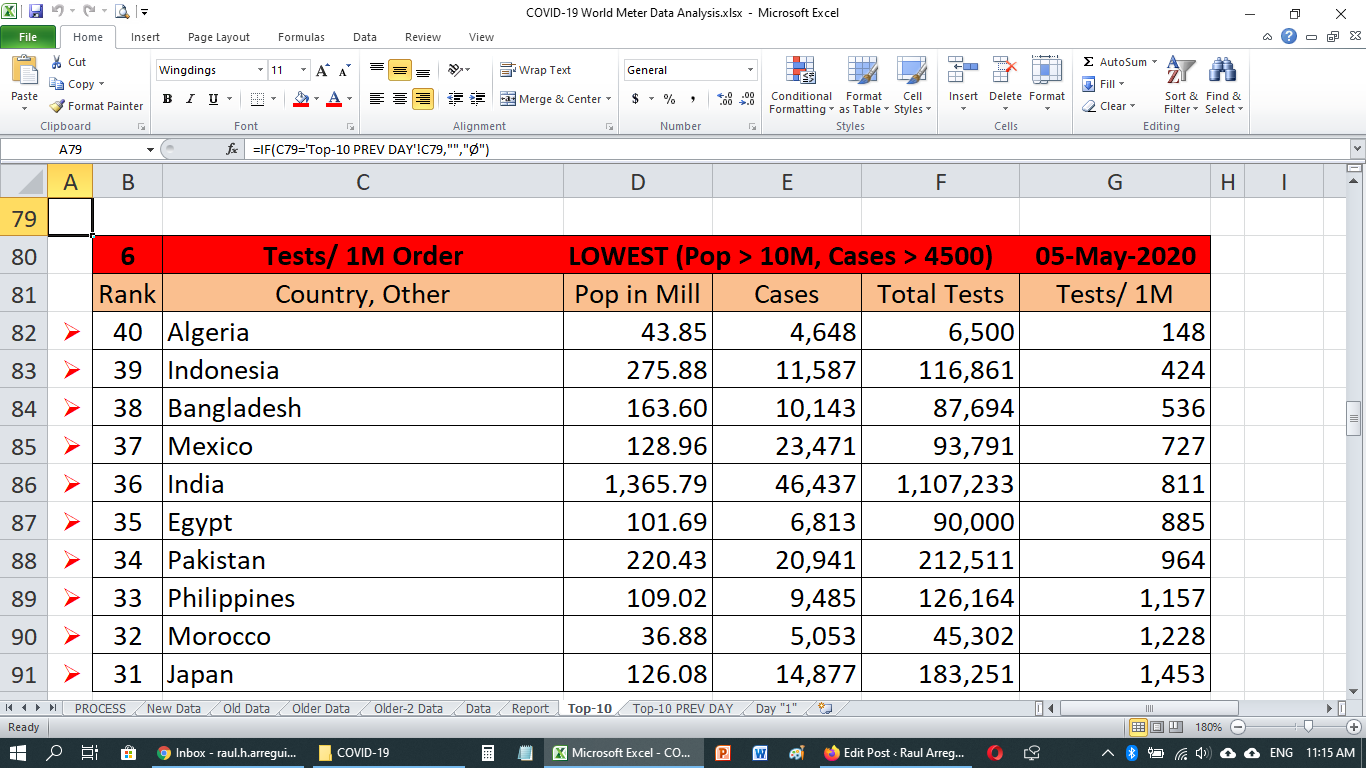 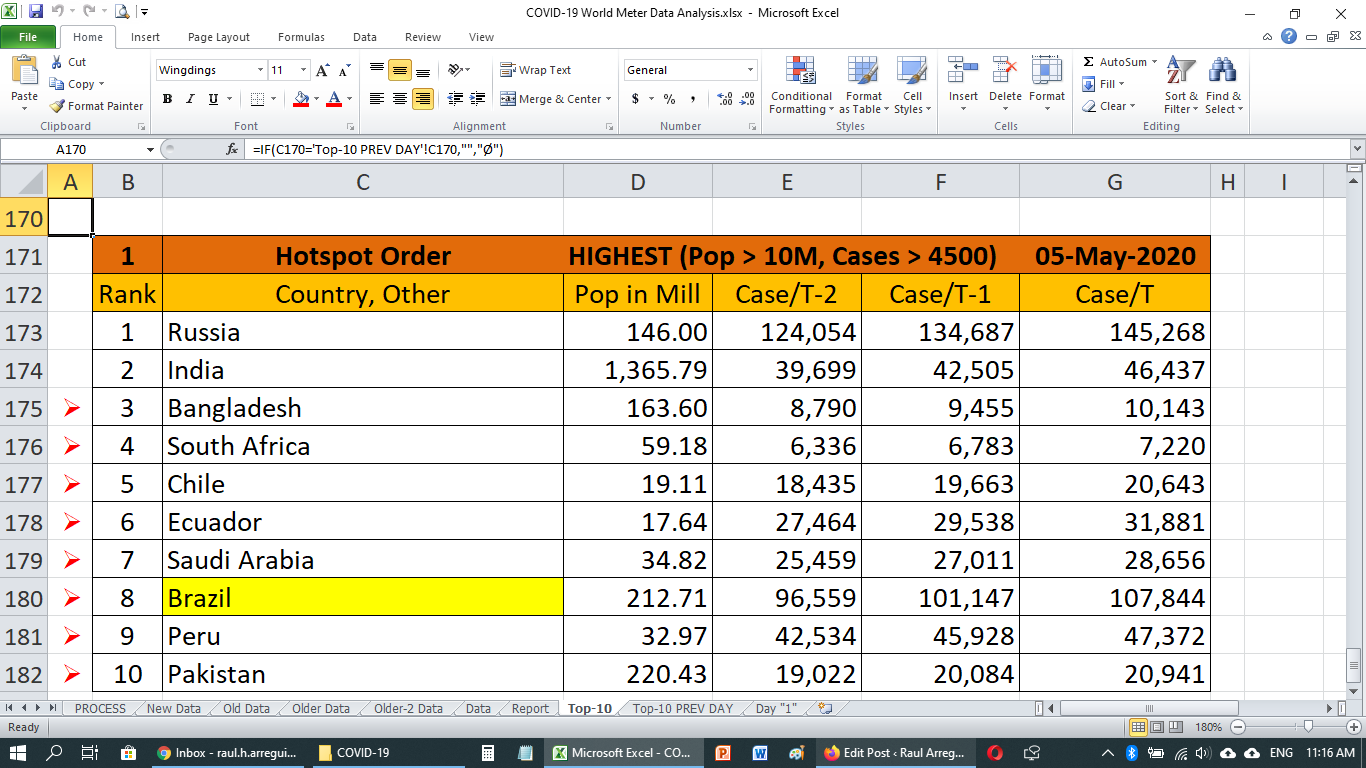