Peru and Chile have large caseloads, and they are on an upwards trend. At the present trend, Peru and Chile might catch up with Spain on number of cases per 1M by 31st May.

Ecuador had issues not reporting cases which was corrected a few weeks back, and it seems to be in a more stable curve now. Brazil closely followed by Bolivia are next with growing caseloads.

Then there is a group of countries who have been able to maintain their caseloads under control due to very tough lock-down measures: Argentina, Colombia, Paraguay and Uruguay. The numbers reported by Venezuela are extremely good, but not totally reliable due to the lack of transparency of their government.

Peru and Brazil follow Ecuador (about 1/2 of Ecuador’s death rate); followed by Chile and Bolivia.

Argentina, Colombia, Paraguay and Uruguay also have very low death rates compared with their neighbors there. Once again, Venezuela shows extremely low number of deaths which is also questionable due to lack of transparency. 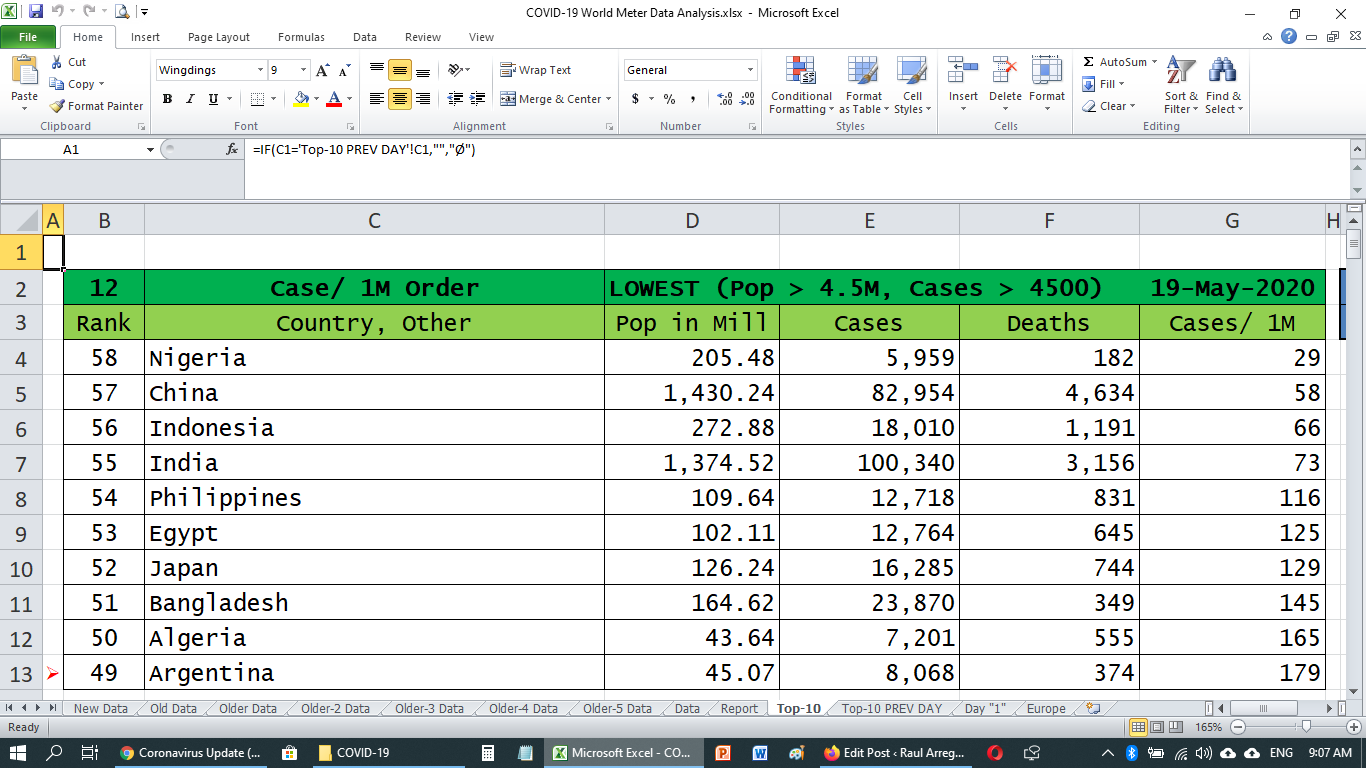 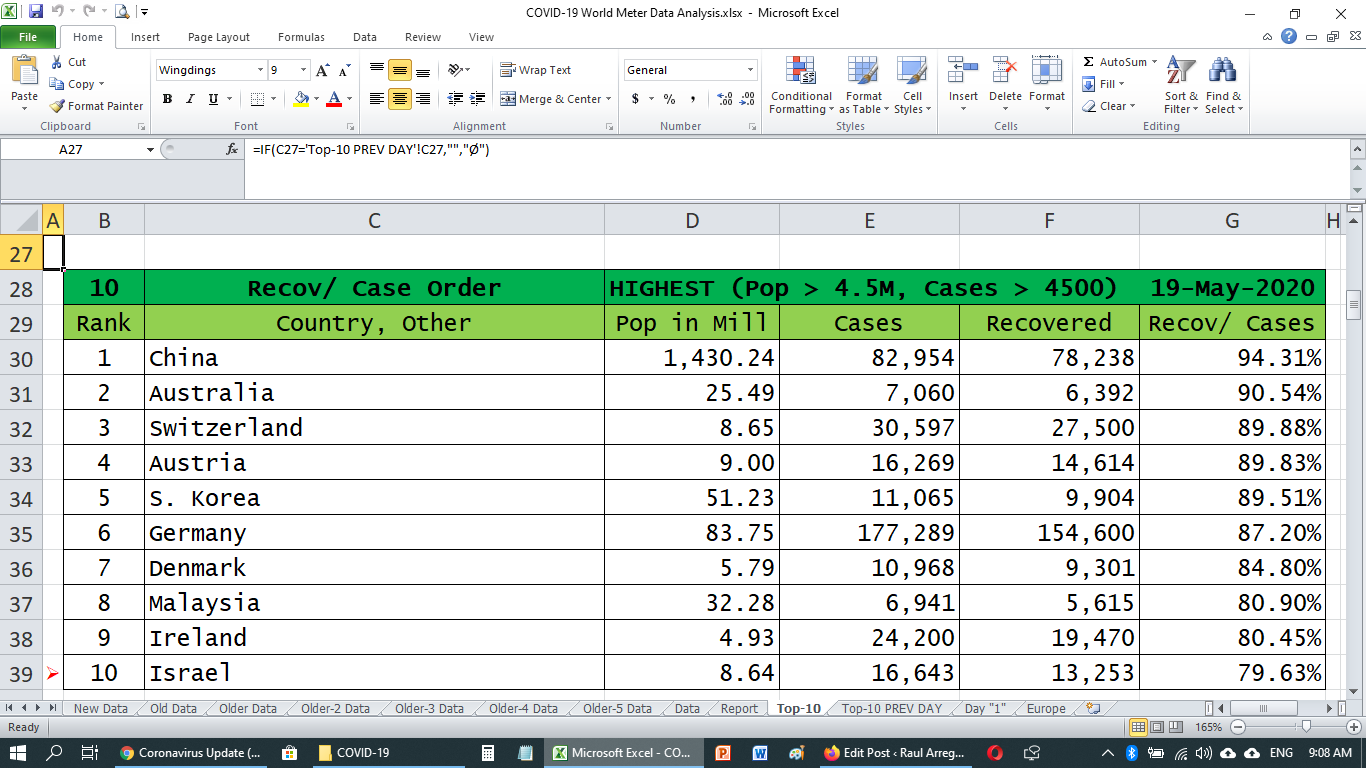