The new cases are localised in three main areas only:

The death rate in Argentina is not growing at same pace as the number of cases, which might also confirm testing is allowing the confirm cases that have been in the community and hopefully isolate them and control the spread to avoid future deaths. 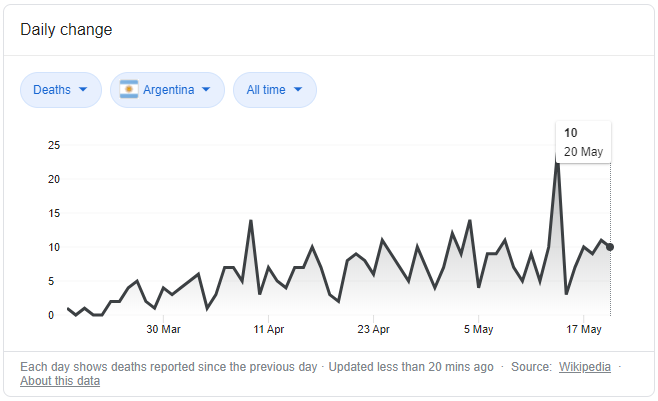 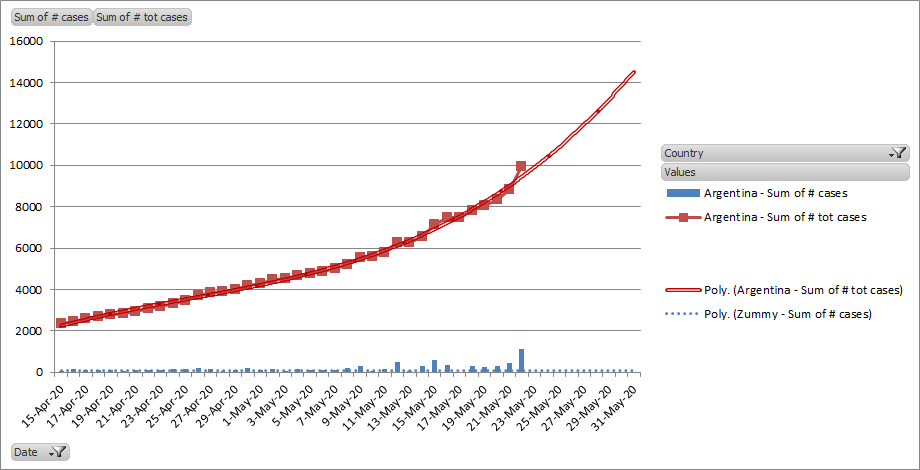 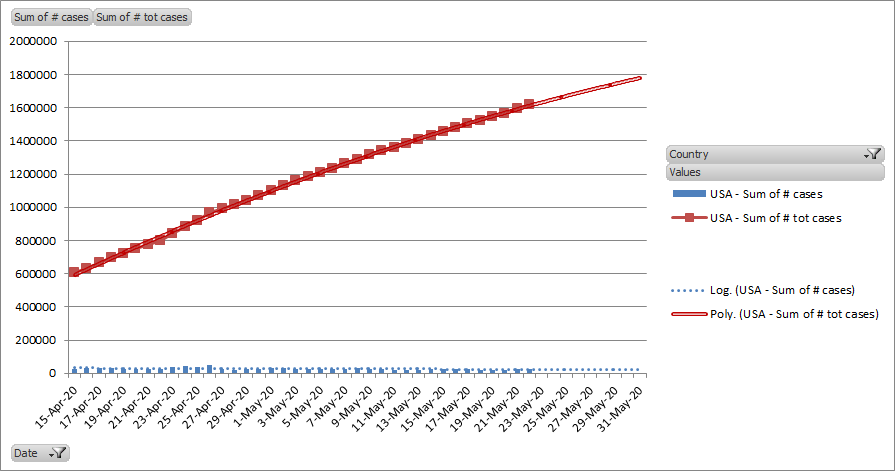 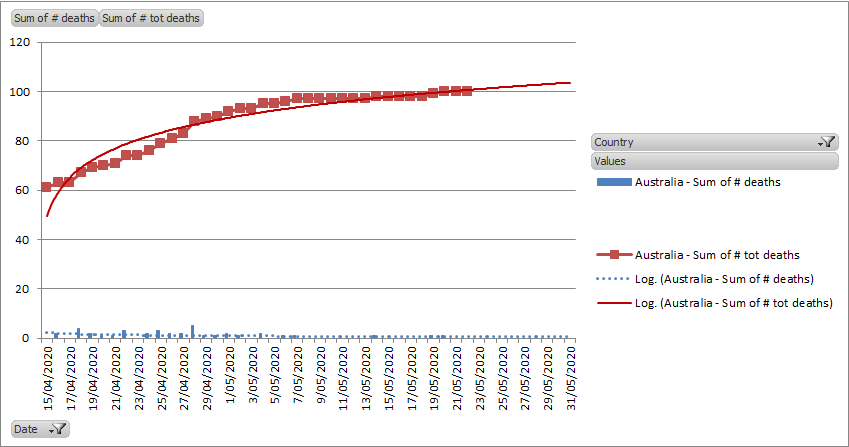 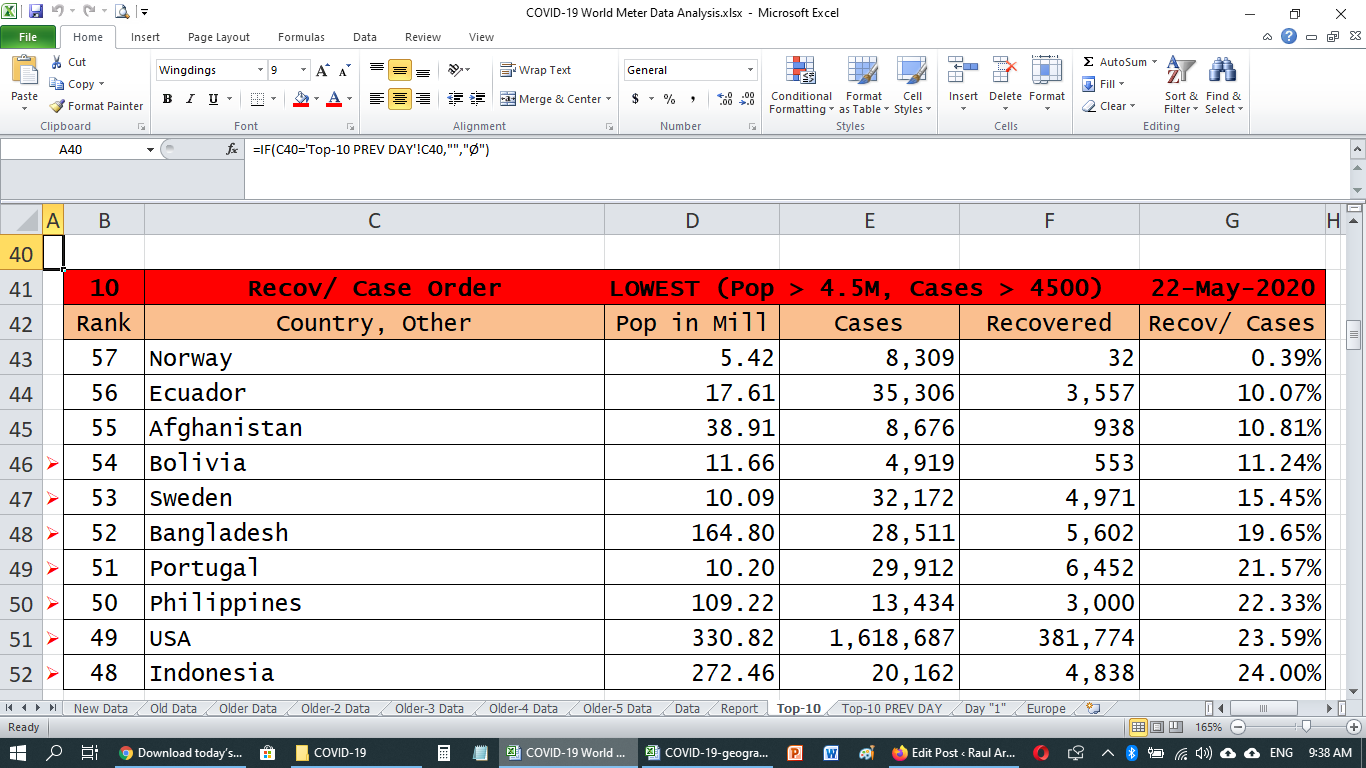 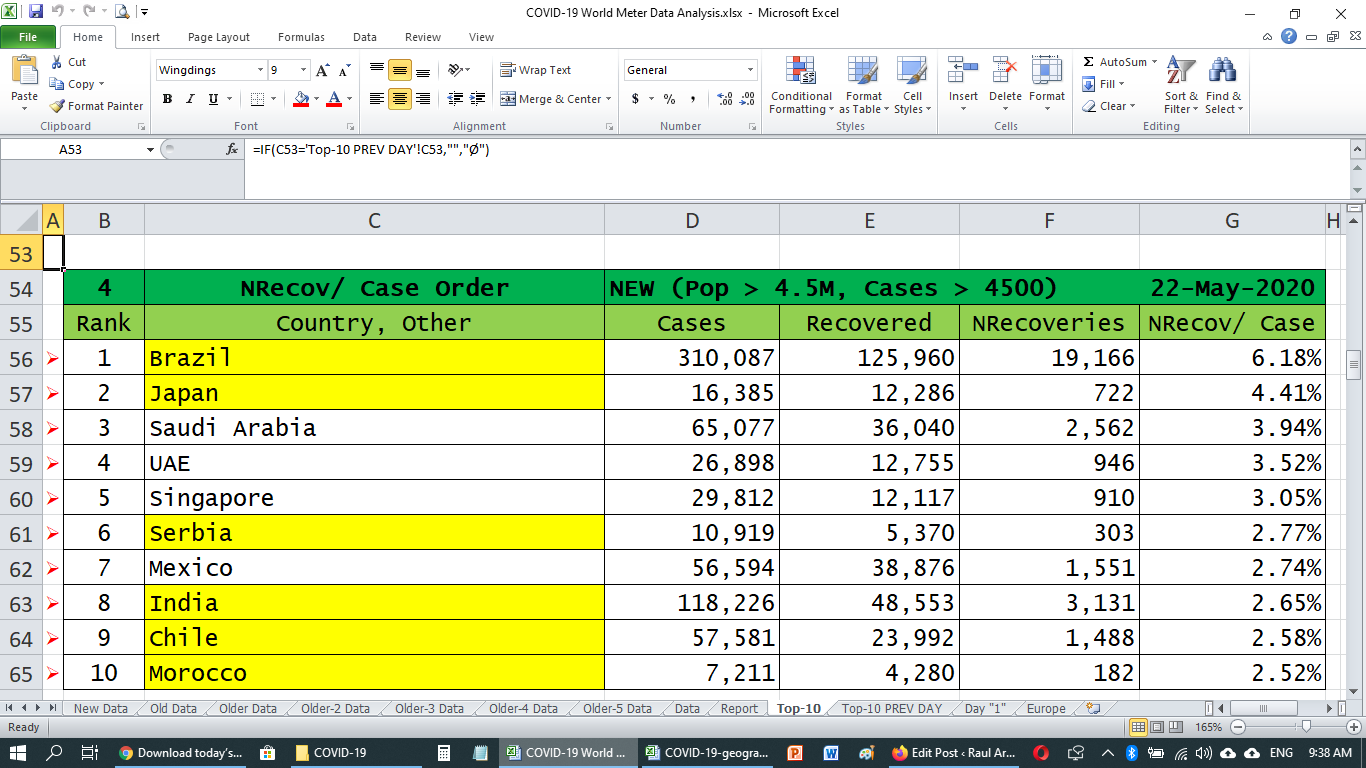 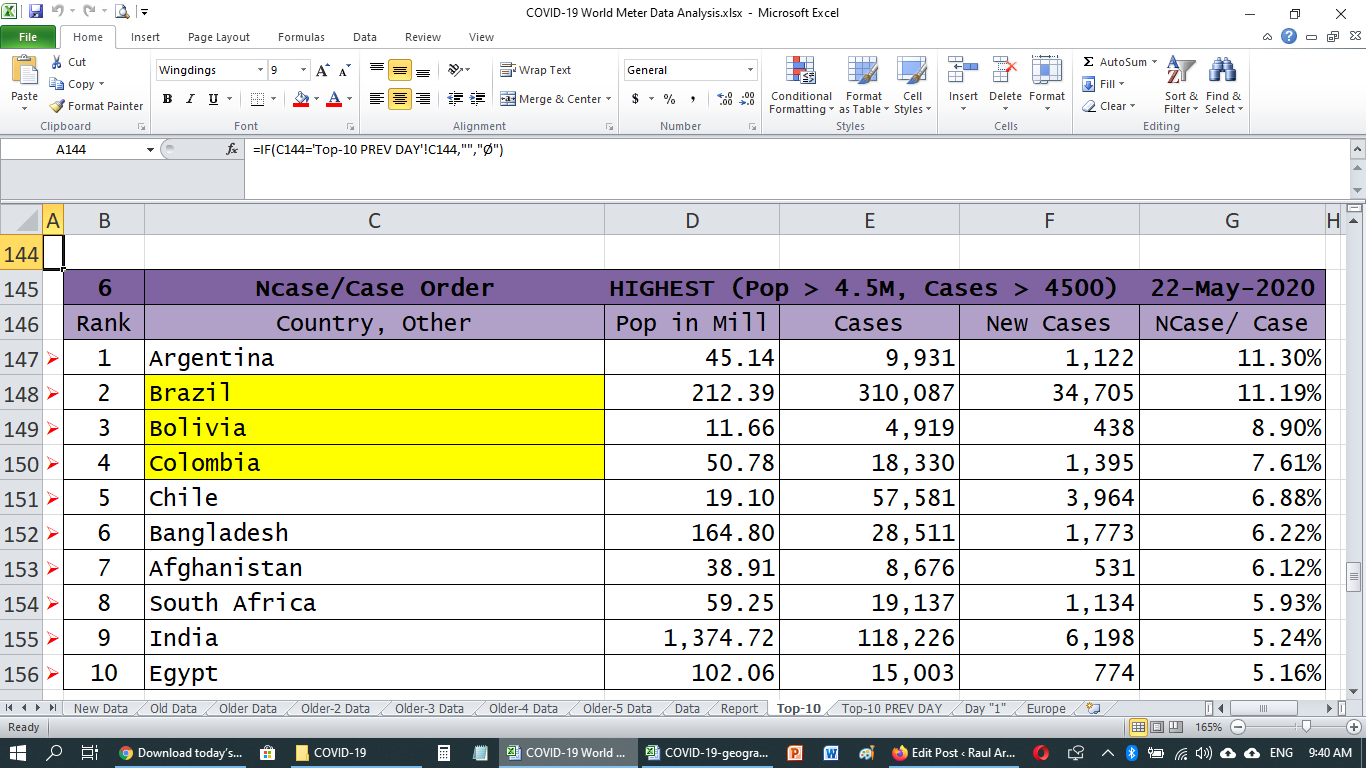