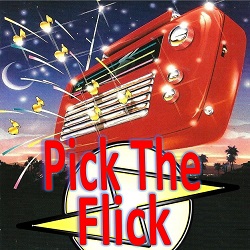 A new show about Film and TV Series. Each show features a film director by playing soundtracks from his/her films. Also, play the PICK THE FLICK game, identify the intros from TV Series played through the show and test your TV memory skills. The show can be listen to LIVE at the following site:

The show was first launched on Wed 3rd August 2022. Here are the podcasts: